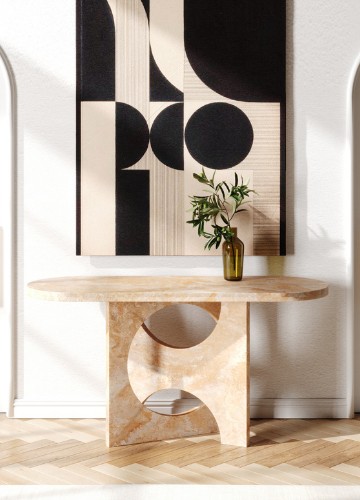 Welcome, we have a discount for you

Register and get your discount on your first online purchase.
Not now, maybe later.

André Teoman was born in Viana do Castelo, Portugal in 1989, and raised between Portugal and Istanbul. Teoman graduated in Design at Viana do Castelo.
Andres experience in the world of puppetry and theater had an effect on his love for the fantasy world.
In 2012, he left his hometown for Porto to start working with several luxury design furniture brands. By the end of 2014 he started his own studio, making a difference at his hometown local artisans is now as important as to make meaningful projects.
His recent work has already begun to be noticed. His statement pieces were presented at several international shows like the Salone Satellite, Tent London and at key spots like Mint Shop, London.